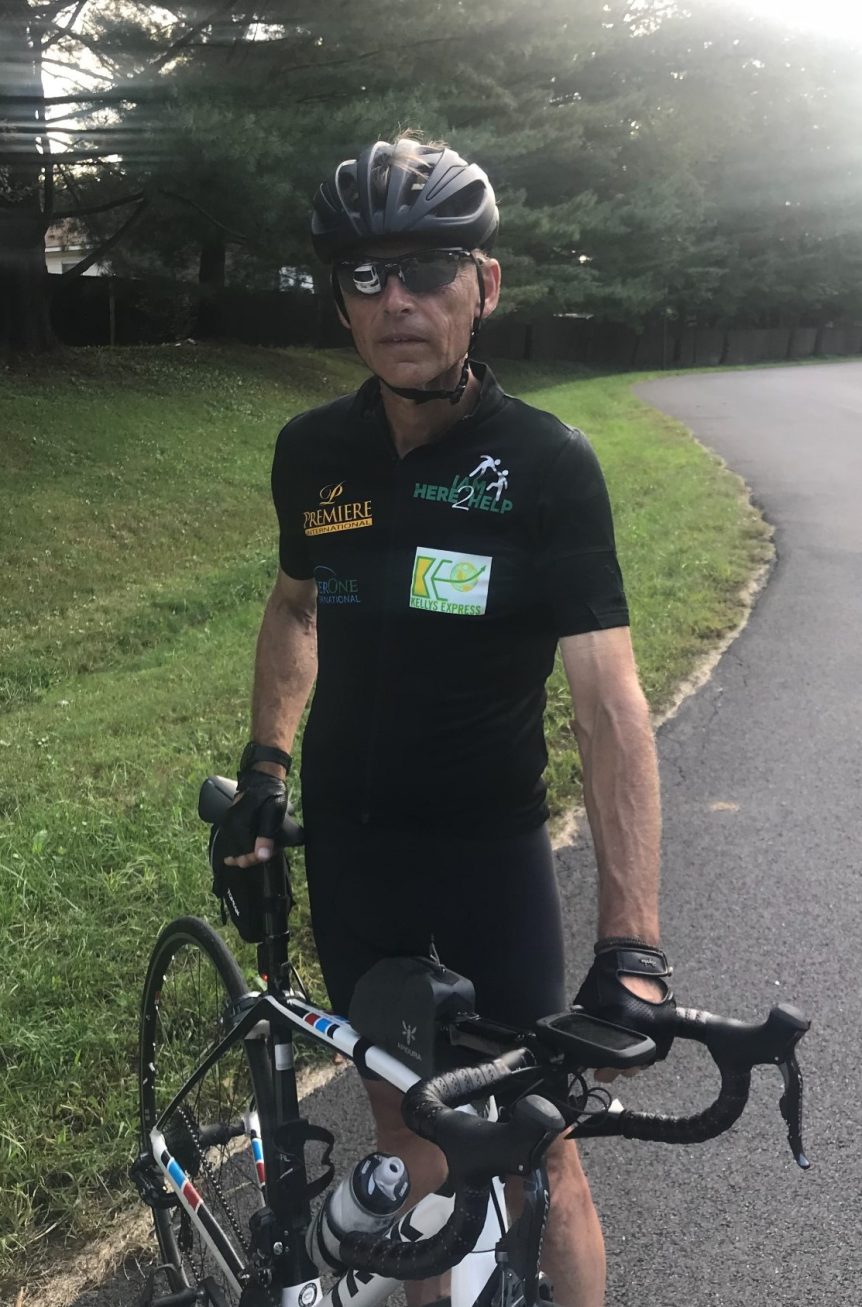 Walt Peniuk from Premier in Toronto, Canada, is about to set off once again in his latest personal challenge: this time on the first leg of his quest to ride around the world on a bicycle.  Yes, that’s right, to ride around the entire globe on a bike.

He will start from San Diego in California to peddle the 3100 miles to St Augustine in Florida.  When?  Well, that depends.  So far the COVID crisis has made him postpone his departure twice.  But as soon as he can, he will. Many might ask, why?

Many will be familiar with Walt’s previous, much publicised challenges.  In 2018 he rode and ran from his home in Toronto to the IAM conference in Washington, DC. The follow year he left the bike at home as ran to the conference in Chicago – a two-week, 850 kilometre, punishing road run that tested his resolve and his body to the limits.  But he’s not doing it for himself and not for applause.  He’s running and riding to help other people.

Walt set up Walt’s Challenge in 2019, partly as a vehicle for his own extraordinary exploits but mainly to encourage others to challenge themselves in whatever way is appropriate to them, however modest. Many have done so.  The principle is, once you have told the world you are going to do something – run five kilometres, learn a new language, play an instrument, eat less chocolate – it’s much harder to give up.  And, as Walt says, you can never fail at anything until you stop trying.

Walt’s doing the round-the-world challenge for World Vision, a charity that runs programmes to help protect children worldwide against abduction, sex trafficking and all forms of exploitation such as forced labour and military conscription.   “As a father, this cause is very close to my heart and I want to make a positive impact in the lives of these children,” he said.

This challenge has been hampered by COVID-19 restrictions of course.  He was originally planning on starting last October, and hoped that by February 2021 he would be able to go. He was also concerned that some people might think it irresponsible to engage in unnecessary travel at a time when many people around the world are locked down.  But he said that the work charities do does not stop because there is a pandemic. On the contrary, their donations are 30-40% down and their work even harder. “The purpose of my ‘ride’ is to help the charity help others by raising the much-needed funding,” he said. “During my ride I will be on the bike 10 to 12 hours a day so if that’s not self-isolation I don’t know what is. At all times I will be following the rules and laws of the country to comply with their health standards and COVID protocols.  This is a fluid situation, and my plans will be adjusted as circumstances change. Safety of everyone is the number one priority.”

Walt practices what he preaches.  He has announced that he will take on this challenge and he will begin his quest just as soon as he can.  But he doesn’t need the exercise.  He’s doing it to raise money and, to be successful, Walt needs your help in one of two ways: 1) you can donate directly, or 2) you can join Walt’s Challenge yourself, do something you have always wanted to do but takes you a little out of your comfort zone, and raise money that way to help people who can’t help themselves.  You can do either by visiting www.waltschallenge.org.

Walt will finish his challenge.  How long it takes will depend on many factors, not least international politics and the development of the pandemic. But he will finish.  He has form!  The question is whether his efforts will be rewarded by seeing smiles on the faces of children around the world where previously there has been only pain.  You can make that difference.

The Mover will be following Walt’s progress.  Don’t let him do this alone.