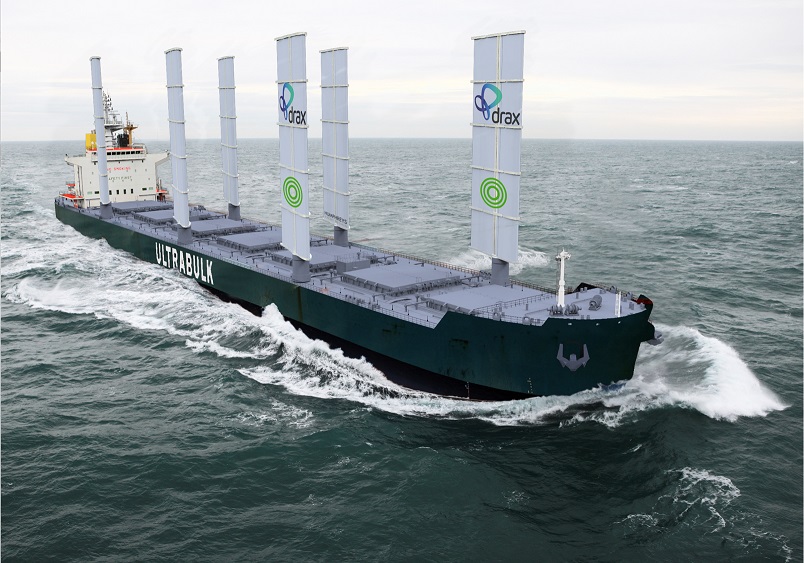 Fitting sails to cargo ships and sailing more slowly could reduce greenhouse gas emissions from the shipping industry by up to 40% or possibly more as technologies improve, according to a new report from the Institution of Mechanical Engineers in the UK.

Air pollution from shipping has increased rapidly over the last decade driven by growth in world trade, and as most emissions are from international shipping, they are not included in individual countries’ reduction targets.

However, the UK announced in April that it is to include international shipping in its new emissions targets. If unchecked, shipping could account for as much as 20% of global emissions by 2050 compared with 3% today.

In its report ‘Accelerating Decarbonisation in Shipping: A No Regrets Approach Using Wind Power’, the Institution calls for the UK government to support the development of a demonstration ship using retro-fitted sails to help ship owners and users understand the business case for how wind could be used as primary propulsion for cargo vessels

Dr Jenifer Baxter, Chief Engineer at the Institution of Mechanical Engineers said, “We need to use existing and emerging technologies to urgently reduce the impact of our global supply chain on the environment. Continuing with the ‘business as usual’ approach could result in shipping being responsible for up to a fifth of global emissions by 2050.”

The Institution recently supported a feasibility study by Smart Green Shipping which showed the potential for reducing emissions on a ship retrofitted with retractable fixed sails could be as much as 30% given the right conditions. Slowing down also improves fuel economy and further cuts emissions.

Diane Gilpin, founder and CEO at Smart Green Shipping said, “Wind is free, clean, abundantly and exclusively available to ships equipped to harness it. It decouples ship owner/operators from volatile land-based commodity fuel supply, critical in an energy-constrained future, and most importantly, has the capacity to drive emissions out of the shipping sector immediately.”

Recent figures from the International Maritime Organisation (IMO) showed emissions rose by 10% between 2012 and 2018. Sadly, the shipping industry has limited plans to curb this growth. In November 2020, the IMO brokered an agreement with the majority of countries, that will allow shipping to continue polluting unabated until 2030.