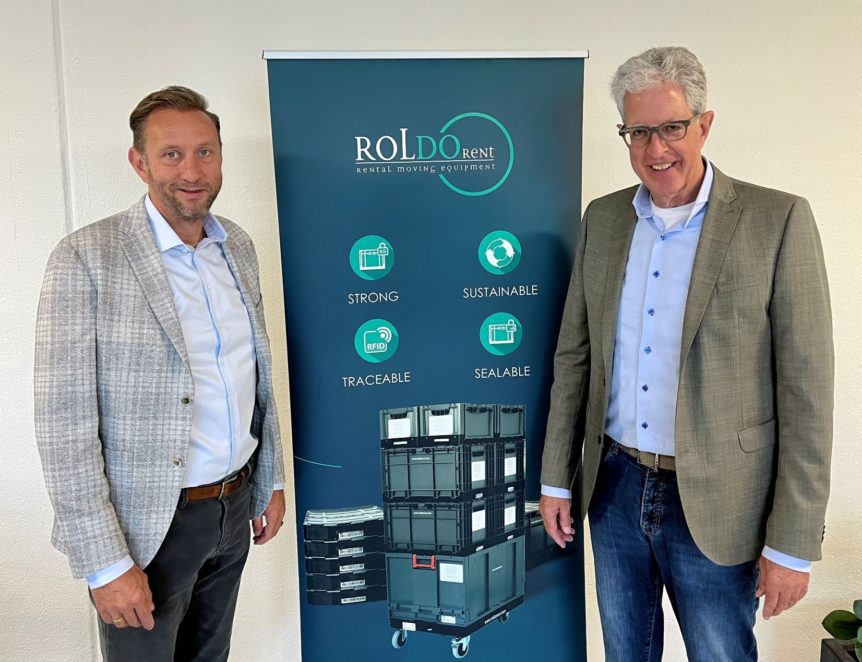 Denis Zonneveld has joined Roldo Rent, the European rental supplier of reusable moving equipment as the company’s commercial director. The new appointment will allow the company’s Directors, Gerard Geijtenbeek and Gerdine Leeuwis, to focus on the development of the company throughout Europe.

Roldo Rent was taken over by Rotom, a supplier of logistics load carriers, in November 2021.  Gerard said that he is now to be engaged with the merging of the two company’s operations in Belgium and Austria, and the development of new companies in France, Spain and Portugal where Rotom will take over Roldo Rent activities.  “Denis is taking over my responsibilities in the Netherlands and will be the commercial contact for the offices in Belgium, Germany and Austria,” he explained.

Gerard said that he and Denis had known each other for over 20 years and for a long time he had felt Denis would be an asset to Roldo Rent.  However, it was only when Denis sold his moving company, Dijkshoorn, in 2020 to Gerson Relocation, that he became available.

“It’s our intention to look after our existing clients and find new ones both in the moving industry and elsewhere, for example in the DIY and home improvement market,” said Denis.